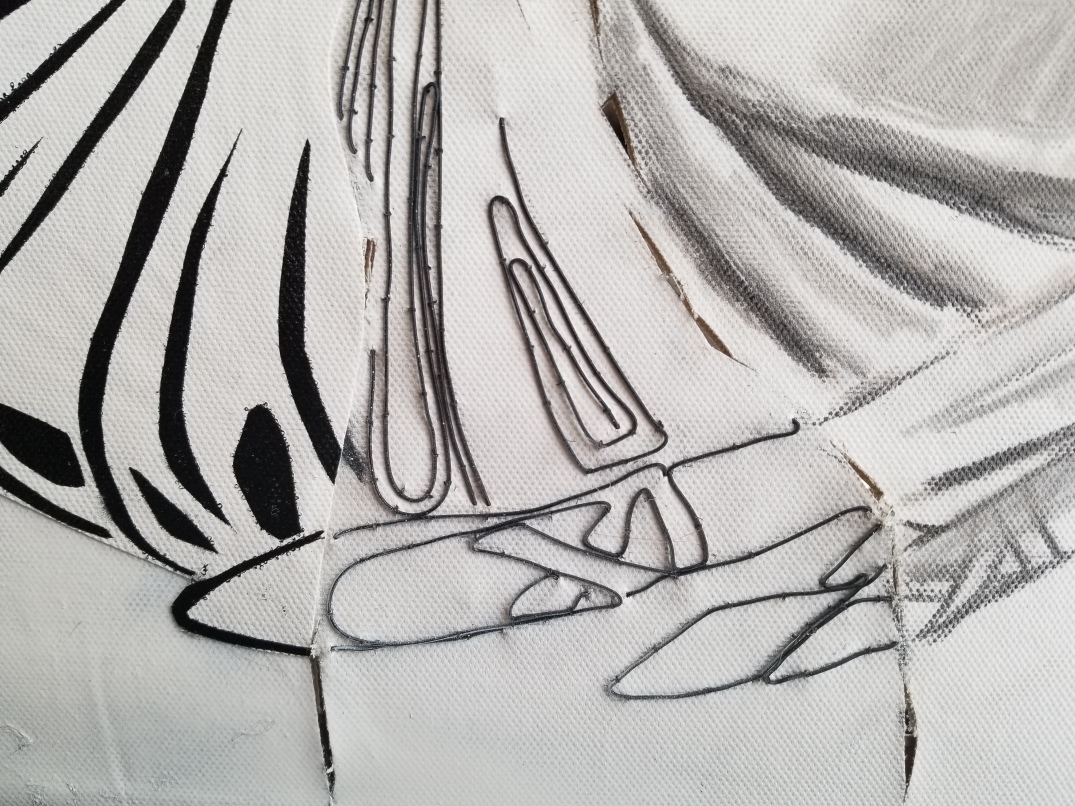 A concept exploration of Fragmented Perspective (2020).

Before I was born my mother bought herself three Lladro porcelain ballerinas for her birthday. She thought her children would be dancers. Flash forward 30 years and I am most definitely not a ballerina. It seems like an evolutionary flaw and gift that humans are only able to experience their own perspective. She lovingly looked into her optimistic future and saw her daughter as being delicate, beautiful, disciplined, and successful. I view her very wrong expectations as insulting and burdensome. She looks at this porcelain figurine and only sees young hope and love and all I can see is anger and naive heartbreak. I don’t think that makes either one of us wrong and I don’t think it means either one of us did anything wrong.

But this is an ongoing problem. Two people can be standing in the same room at the same time looking at the same item and have two completely different experiences. With art that just makes things more interesting. Which is why art feels like the ultimate form of truth, it is meant to be a subjective experience. Ultimately there is no harm in that, expect one artist might make significantly more money that another. When it comes to more complicated matters such a family, crime, politics… everything gets harder.

If every person experiences are slightly different, even though they are objectively experiencing the same event, how can anyone agree on anything important?
A very extreme hyperbole to demonstrate: a woman kills a man. She committed murder she should go to jail. If a woman killed her rapist that changes the perspective. If an accused man (was not successfully murdered) claims a woman is lying and he didn’t “rape” her, that is was consensual, it turns into a he said/she said. Deciding on people’s lives based on perspective. In an ideal world this hypothetical man and woman would be able to communicate and respect the other person’s experience and truth before any of this happened and would have never touched each other in the first place. But again this is an extreme and over simplified example.

A more everyday example: parent and child boundaries. Parents are just trying to keep their children safe, that looks different to each parent. It could result in strict curfews or over involved parents who track their children and only let them hang out with certain people at certain places at certain designated times. The parent is just scared for their child’s well being and views it as their responsibility to keep them safe and healthy. The child might be full of rage at their helicopter parent and lash out because they aren’t allowed to grow and discover on their own and their independent needs are not being met. Neither child or parent are ultimately wrong. But neither is respecting the other’s reality.

This artwork is a result of me trying to represent this idea. I am not saying that wrong and right don’t exist. They definitely do. When anyone oversteps a boundary and causes permanent physical or mental damage to another person there is no excuse that can dismiss that pain. Every person has a responsibility to make sure no matter what they experienced, no matter what issues or damage they have, that they don’t continue the cycle and hurt someone else. Hurting someone else is not a valid response and individual pain is not a valid excuse to cause more pain.